A campaign to advocate for the adoption of the Amman Principles as an international instrument to advance national mechanism for gender equality and the empowerment of women and girls worldwide.

Following the first World Conference on Women in Mexico in 1975, the World Plan for Action for the Implementation of the Objectives of International Women’s Year was published. The Plan mentioned “national mechanisms” for gender equality and women’s empowerment for the very first time, recognizing the need to monitor the progress towards gender equality and push for the advancement of women’s rights through an appointed national institution.

Since then, those national mechanisms, which can be either governmental, semi-governmental or non-governmental, have been established in most countries across the world. They are tasked with monitoring, coordinating, and evaluating the implementation and effectiveness of local civil society and governmental programs as well as national policies, laws and legislations on women’s rights. Through awareness-raising, lobbying, capacity building, gender mainstreaming and mediation, national mechanisms aim to improve the civil, political, economic, social, and cultural rights for women within a given country.

During the 32nd, 35th, and 49th sessions of the Commission on the Status of Women as well as the world conferences on women that took place in Copenhagen (1980), Nairobi (1985) and Beijing (1995), the United Nations have called on countries that have already established national mechanisms to further support and strengthen them, while calling on others, who have not yet done so, to establish them. With the enhanced support over the years, national mechanisms were able to reform discriminatory laws and policies, strengthen their collaboration and coordination with civil society organizations, establish other entities such as national committees for women’s rights and gender units within ministries or parliaments, and improve relevant monitoring and evaluation tools.

There are still many challenges that hinder the performance and impact of these national mechanisms. Weak political will, unclear or unspecified mandate, poor communication between stakeholders, lack of financial and human resources, and the marginalization or de-prioritization of women's issues are a few common examples of such challenges. Moreover, globalization, privatization, climate change, war, and conflict are changing the socio-economic and political landscapes in countries across the world, shifting the needs and required mandates of those national mechanisms.

In 2020, Friedrich-Ebert-Stiftung’s Political Feminism program in the Middle East and North Africa region commenced a project in partnership with Solidarity Is Global Institute in Jordan (SIGI-Jo) that aims at developing a set of principles for national mechanisms for gender equality and women’s empowerment in line with the Paris Principles for national human rights institutions. The set of principles are meant to counter the challenges and accommodate the global changes that negatively affect the work of these national mechanisms and to accelerate the progress towards gender equality.
Following research and various consultation meetings with relevant stakeholders, a set of nine principles, titled the “Amman Principle”, were developed. The principles offer ways to improve the efficiency, effectiveness, independence, sustainability, and impact of national mechanism, while also proposing accreditation processes and criteria.

How you can contribute

Since 2021, we have opened an international dialogue on the importance of the adoption of the Amman Principles as an international instrument that aims to push forward the gender equality agenda. Within that context, national, regional, and global events are being conducted and an online campaign has been launched. We invite you to host your own events to discuss the Amman Principles and to share the content of the campaign, which is available below, with your partners and colleagues or through your social media platforms.

But more importantly, we need your official support to show that the vision for what the Amman Principles can accomplish is one that is endorsed by feminist actors from across the globe. Therefore, we ask you to help us in making history by filling the Endorsement Form below in preparation for approaching the United Nations to call for the international adoption of the Amman Principles.

In loving memory of Asma Khader whose innovative ideas and lifelong dedication to gender equality and women’s rights has made the Amman Principles project a reality. 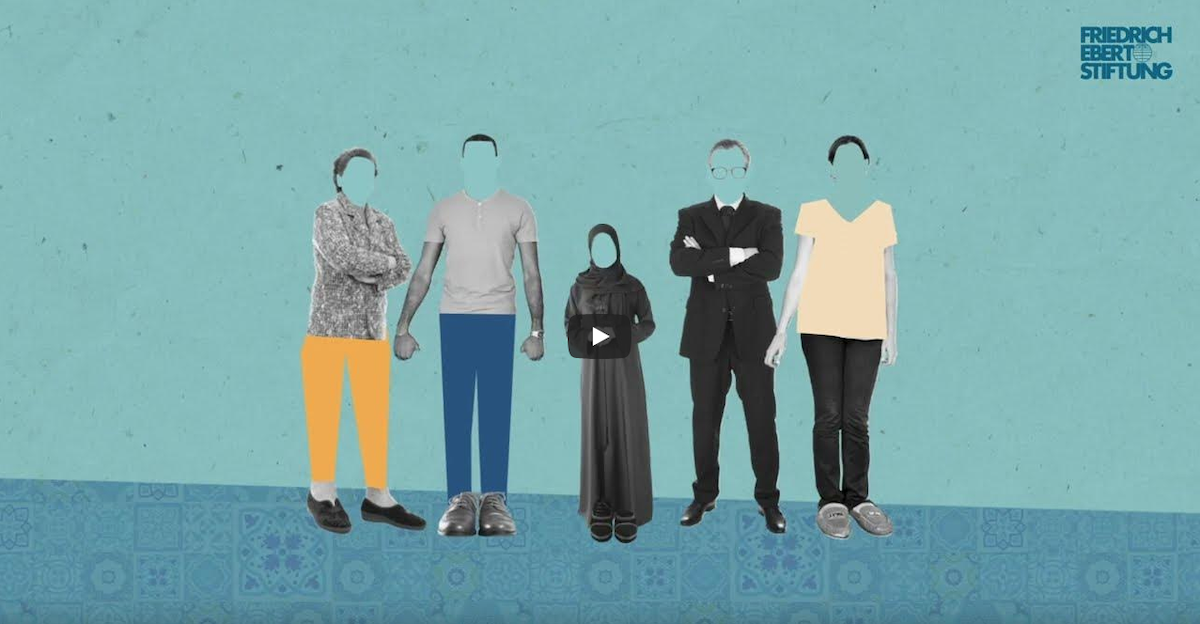 X Please note: Once you watch the video, data will be transmitted to Youtube/Google. For more information, see Google Privacy.

This site uses third-party website tracking technologies to provide and continually improve our services, and to display advertisements according to users' interests. I agree and may revoke or change my consent at any time with effect for the future.